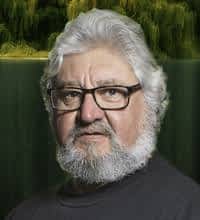 I was Born in Adelaide in 1954 to Ukrainian immigrant parents, Joanna and Kosmyn Chorney. Graduated from the ‘South Australian School of Art’ in 1976 majoring in fine art painting. On completion I had a colourful life having number of occupations.

A brief stint in theatrical set construction which then led to many years in the film industry as a Scenic Artist / Set designer on various productions such as ‘Mad Max 3’, ‘Gallipoli’, ‘Fortress’, ‘The Year of Living Dangerously’, ‘Street Fighter’. My career in the industry peaked in 1994 when I was appointed set designer for ‘Street Fighter’ starring Jean-Claude Van Damme.

In 1983 I formed a company of ‘Rivercraft Designs Pty Ltd’ which was a boat design and Construction Company on the Murray River in South Australia. My design work culminated in achieving three consecutive Australian Design Awards for Design and Engineering excellence.

1994 saw the formation of ‘Chorney Studios’ which to this day has the core activity of Design and Construction of water features, sculpture and paintings for private and corporate collectors.

I no longer manufacture on a commercial scale and but work on private commissions.

My association with architecture has always been strong, although I have no formal qualifications in the field I have designed and built numerous houses including the acclaimed 5 Star Luxury accommodation complex for ‘Riverview Rise Retreats’

Together with my partner Wink I live on a beautiful property overlooking the Murray River in Mannum South Australia. My long association with water, river boats and design is now become an expression through my art work. 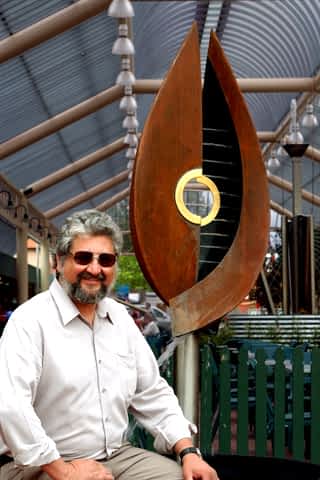